It’s early June, the days are long and should be happy and yet things do not feel quite all right. So time for an update and review. Many pieces of the jigsaw are still missing. We cannot relax. There’s a buzz in the air from extra photonic light and we still have a lot of adjusting to do post-eclipse and pre-solstice with a bevvy of major retrogrades which will backtrack and unravel all multiple narrative tangle. Then it will get a boost forwards again in October. This turbulent period of shifts comes just after the second eclipse of the year, so nothing has settled down and there are major changes ahead, so best stay vigilant.

What I’d like to celebrate is that Venus is now in Cancer and Mars is in Leo, roughly running in parallel one sign ahead. Ingresses can create a change of emphasis which you may even sense directly as a changing of gears or a kind of Shiva-like dance.

Venus in Cancer can be nice or not depending on what type of values you have. Let’s say it is in fourth house- that would amplify  the Cancerian traits and you might think about home more, and value family relationships above all others. I’m tending to focus more on Venus at the moment as I’m in a Venus ruled year of zodiacal releasing so all the aspects of Venus will affect me more obviously this year – for you it might be a different planet. If we already were sensitive and tetchy about what we like and don’t like then that could become more pronounced now, i not just being picky but profound but sudden switching of values about what makes feel secure, and who you want or do not want to be with any more.

At least one strand of when the moon in is Taurus (ruled by Venus) is also true when Venus is in Cancer (ruled by the Moon)– Venus entered the Moon’s house on the 3rd June. Cancer people love their food. Moon in Taurus loves food, too.  I don’t know about you but am enjoying food a lot more these days; healthy food, prepared well and lavished with good intentions. Homemade of course, not delivery junk. That helps to make it more nourishing. But also we might be valuing memories and the people you’ve known who perhaps you‘ve not seen in a long time. Venus in Cancer gives us an archive of memories to treasure- like in a bank account. This may happen too and if Venus happens to be is in the 7th house just as an example. It may be a way of working out your differences and coming to closure or establishing a new kind of contract to be more careful and caring,  more concerned about feelings. This is ever more difficult in these days of divide-and-rule politics. But Mercury is retrograde too so I will openly return to what I said my Moon in Taurus video back in April about Venus being in Cancer.

“If Venus is in the sign of Cancer for example it’s a different matter than the Moon in Taurus. No big fanfare exaltation here. It may even be a struggle when these rulers of Taurus and Cancer are in each other’s houses. Venus in Cancer is not considered as good as the Moon in Taurus, so why is that? The fact is -it depends.  The picture usually needs to be nuanced. The mother and daughter might be the best of friends in Taurus where the love flows both ways, but with Venus in Cancer, the daughter can be a rival for the favour of the menfolk in the family- there can be only one power-swinging matriarch. But Venus certainly seems more okay about hosting the Moon than the Moon is hosting Venus where she may become overly sensitive.”

Did we not also say that mood-indigo singer Lana del Rey is a good example of Moon in Taurus with the Sun in Cancer, and Venus in Leo. And when te Moon conjuncts Venus here on Saturday June 12th it will taste all the sweeter. But an even better example of this mutual reception- the two female planets in signs ruled by their opposites -is actor Yul Brynner born in 1920. This combination comes with a lot of sizzling charm in his case-as actor who has Moon in Taurus and Sun conjunct Venus in Cancer along with Pluto in the 12th house- so his hidden helpers. Here he has hair but his shaved head became his signature style. These natives are seductive, sensual and emotionally warm.

I see Neptune in Leo a lot in the charts of actors and film directors, and the camera adored him which is what it takes to sustain a career in film. The quality of light on film transmitted his charisma very well. He has Neptune conjunct Mercury on his Ascendant in Leo- so you might say his very presence communicated directly through the screen to the viewer. And being naturally kingly his most famous role was as the King of Siam. He played Pharaoh too as Rameses II. With Jupiter there too, it almost guaranteed his fame for his striking appearance. Plus he lived to Jupiterian excess, smoking and drinking regardless of public opinion.

That allure and let’s call it ‘glamour’ in the first house has to translate to celluloid and photographers such as Georges Platt-Lynes (1907-1955) who took photos of the 22- year old Brynner posing naked as boldly as only a Leo Ascendant can. These would go viral on the net if they were published today, but 100 years ago privacy was more sacrosanct. Brynner was himself a photographer of some merit which is interesting as it expresses the Cancerian style of Venus in Cancer treasuring moments.

And wow there was Mercury cazimi as well was right on the solar eclipse on Thursday June 10th. This is where Mercury sits directly ‘in the heart of’ the sun – is ἐγκάρδιος in Greek. It has been this close to the solar archetype on the face of the Sun, within 16 minutes.  Normally I don’t notice this much but today, Friday June 11th , I’ve been writing solidly all day long without stop. Mercury got hold of me all right and burned me up in the sun. Some energy there, but thankfully for me at least it has been very productive.

Then we also have Mars entering Leo today on the 12th June along with the Moon. This could be a great shout of Yay or Nay. It might be too much for you, or too little. The Moon moves on quickly but Mars stays until 30th July. It might not be fashionable to love Mars but I do love the warrior archetype. Once it awakens it is hard to put back in the box. It is actually great for Pride month too as Mars in Leo is strutting proud. Anyone with the urge to be athletic knows this drive which is visceral and cannot be denied- or at least you suppress at your peril. This is boisterous energy, with moods changing fast, but it could show up as a rush of physical energy to get things done, a burst of sports outdoors, more fun style fitness routine, or playing games remembering what it was like just to feel joy in moving and flopping around like when you were a kid. The energy and stamina could be more sustained.  Look where this is in our chart to get more sense of how and in which area it will affect you.

What’s nice too is that Mars in Leo helps sustain that physical fire as it is in fixed mode.

Mars and the Sun go well together as the Sun is welcomed in Aries. Notice I deliberately avoided saying the word ‘exalted’ though I love that word but it is too often used mindlessly, without thinking of the consequences. Let’s say the Sun is ultra strong in Aries (ruled by Mars) so there’s a connection when Mars arrives in Leo. Its corollary at the other end of the see-saw in the traditional terminology is the word ‘detriment’ and that’s is much worse. It is well known to put clients into a negative trance which is not desirable as they become hypervigilant about all that’s bad because the astrologer uttered that ‘d’-word like a magic spell. Mind your horoscope-side manner we might say to astrologers. Not a big thing but worth remembering.

Another way to look at this use of words is to amplify the potential of any placement that could be perceived as negative is by sheer alchemical wizardry and imagination. Just as much as we can seek the germ of what is positive in the negative, so it all balances out in the end and so all things are possible in the quantum approach to astrology where intention, vibration and frequency can matter more than what is assumed to be ‘fixed’. It’s your choice to monitor what you think. This might become even more important as the year progresses.

The Sun goes in to Cancer on the 21st June marking the shift to cardinal energy away from all this mutable information overload while it’s been in Gemini where we’ll feel more emotionally sensitive and mirror folk around us- so be careful of their moods having an impact on your moods. This is the summer solstice evet is one of the most powerful shifts of the year – it represents maximum daylight hours for light bathing. If you get a chance to be at Stonehenge to witness the sun rise over the head stones, weather permitting,  then please do as it is unforgettable. I witnessed this event in 2018 with other astrologers and astronomers and it was uplifting in a way that’s difficult to put into words.

So enjoy what you can enjoy while it lasts in alignment with the current planetary climate. We are not here forever and that’s as maybe a good thing in the final analysis. Personally, I come alive more when the sun moves in to Leo but I’ll stick with Venus in Cancer and Mars in Leo for now. Venus goes into Leo on the 28th, then catches up with Mars. Who is seducing who we wonder?  This painting at the National Gallery again by Botticelli – he loved his Venus- is rather suggestive as it shows Mars supine and Venus erect, and the fauns look very mischievous. The glorious conjunction of these two archetypes which are essential in any personal dynamic happens on July 14th . So I’m looking forward to that fusion of art, love, valour and passion in the dazzling light of the creative sun which they have not managed to blot out yet. As long as the dynamo-couple VenMar or MarVen– are not fighting, they are fusing. 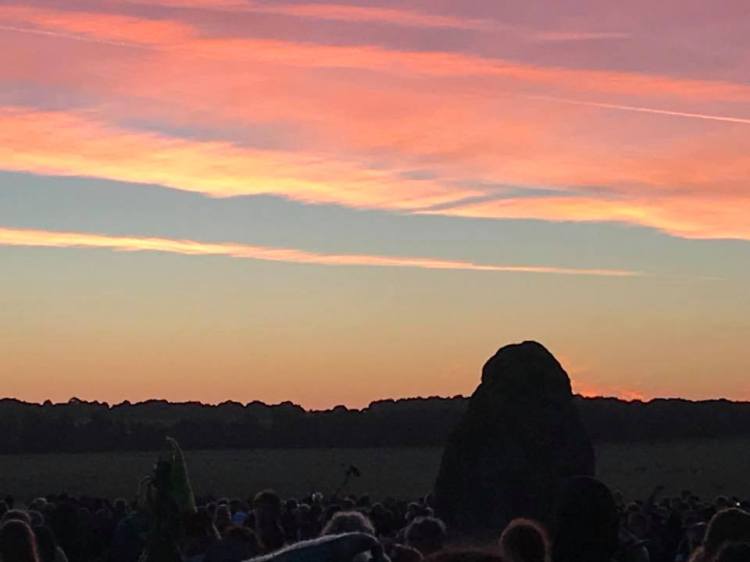 And I will have a lot more to say about the Venus Retrograde in Capricorn in November/December of this year as that one is on its 8-year journey back to where it was in 2014 and it made a direct impact on my life. Perhaps people will boomerang back from 8 years ago? Maybe in your life too, and you’ll  review your values and the status of your relationships and money if you happen to have Venus in Capricorn. But Venus demands attention in any sign. She does not like to be ignored.

Kieron is a London-based and trained astrologer at Proteus Astrology on Facebook and my home page: Instagram and Twitter I am now also on Gab, Telegram (as Proteus Astrology), Patreon, MeWe.   ​Bitchute,  Rumble and Odysee

This is a great opportunity for those who are curious about what a chart reading can do for them and need advice on where to go from here. ​

You will receive a request form to fill in. ​

Astrology can help you to understand: ​